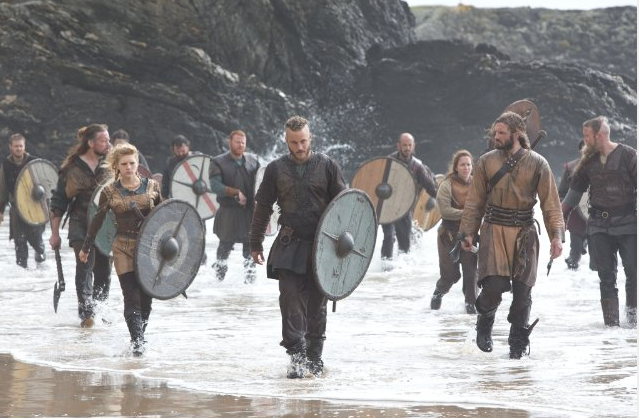 You may find yourself wondering what to do with your spare time now that Game Of Thrones has finished for a long, long time. If rumours are correct, we won’t be seeing our favourite fantasy on screen for well over a year and a half (WAT…) I am here at hand to relieve your itching, shakes, and general anxiety that comes with the end of a season as I introduce VIKINGS to those of you who haven’t seen it yet. Here are ten game changing reasons as to why Vikings will fill the huge void thats been left in our lives. 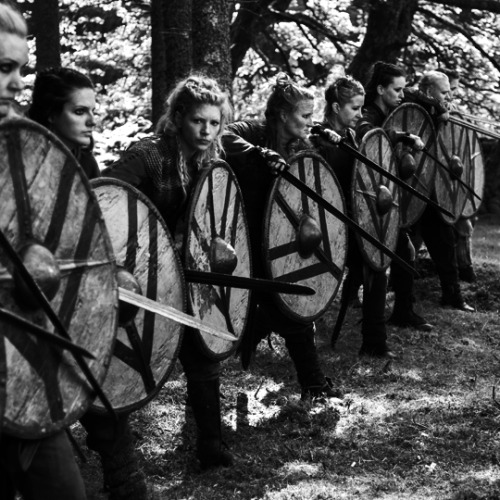 WOMEN! This show is for you! This is definitely the most progressive show I have watched for women. The show boasts hugely influential female characters and the best thing is – the women can fight! All my life I’ve been watching fantasy shows and films which have had little female battle action. I’ve watched from the sidelines as year after year men put on their armour and fight for glory with only the occasional woman being involved. Now I am in no way slagging off these shows and films in which I love, because obviously and historically, men are the sex filling the war paths. So to find myself watching Lagather (main female character in Vikings) suit up and hit the front line was truly wonderful. It’s not even that they are making a big deal of women going into battle it’s just a normal thing to do which makes it even better. So if you need some badass women in your life get watching this show! Kathryn Winnick (Lagertha) is a dream to watch!

Travis Fimmel who plays the lead male part of Ragnar Lothbrook is one of the most ludicrously talented men in the acting world right now. His quirks and individuality beam through his play as Ragnar and his performance will entice you into bewilderment. There are scenes in the show that stilled me to my core as I took on his emotions which he so passionately portrays. I’ve never seen someone play a character so intricately yet so naturally at the same time. You’ll become obsessed with his every move and characteristic as he steals all the scenes. He’s the hero you’ve been waiting for trust me!

The battle scenes are something of beauty. Whereas most TV shows have one big brilliant battle a season, the battles in Vikings are works of art that come frequently and each is as distinctly excellent as the other. The choreography is amazing and the way each battle is shot by mixing point of view and landscape shots really portray the chaos that a real battle would hold. The cinematography in this show is consistently good but it’s in the battle scenes that it really peaks. 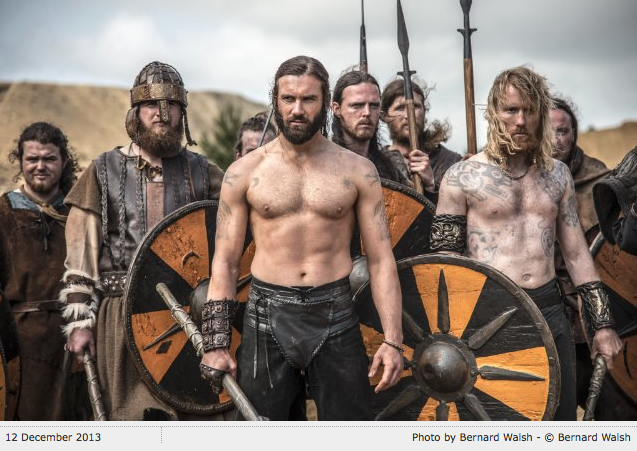 Not only do the main leads of the show give brilliant performances but the supporting cast do also. Whether it be the bruising Rollo who plays Ragnars brother (think Scar in the Lion King) or Floki the eccentric and quirky best friend, they all bring something unique to the cast which supports the entire glory of the show. This eclectic mix of actors will deepen your interest to the show as you’re launched into a world that instead of being fantasy, actually happened. It makes the characters more relatable on one side, yet because of their extremism, it’s difficult at times to remember that humans once lived like this.

Forget everything you were told in primary school history lessons and be prepared to be re-educated. Whether you are an avid history fan or not, this show will teach you many things that you didn’t know about the Vikings and the Nordic Gods. It’s so interesting to learn all about who the Vikings were, their origins and the lands that they dominated. It doesn’t even feel like you’re watching a historical show because the drama entwined is so damn good. Not forgetting that most of the shows main characters are based on real life historical figures. Now I feel entertained AND 10x more intelligent! Still not sold?…

Perhaps not the most persuasive of points but the hair and makeup in this show has got me all over braids and excessive eyeliner this summer. Take a look at some of the best hair on the show… 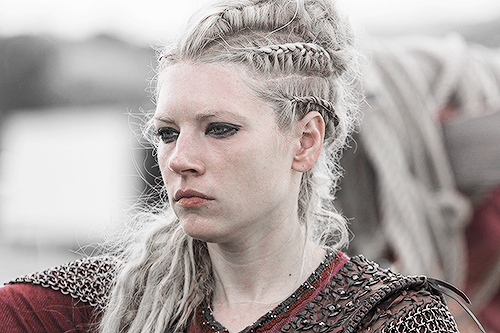 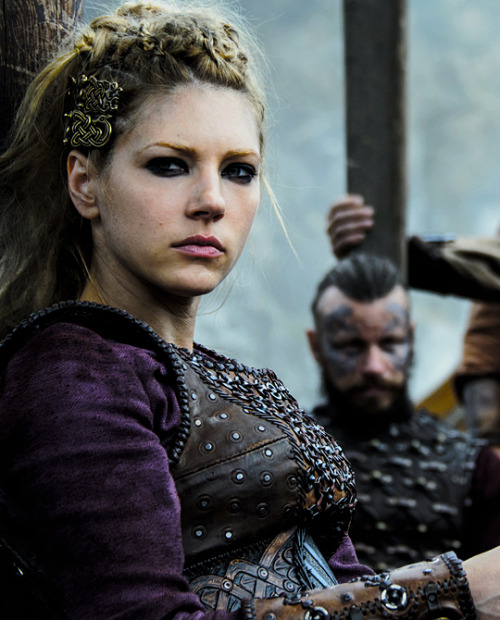 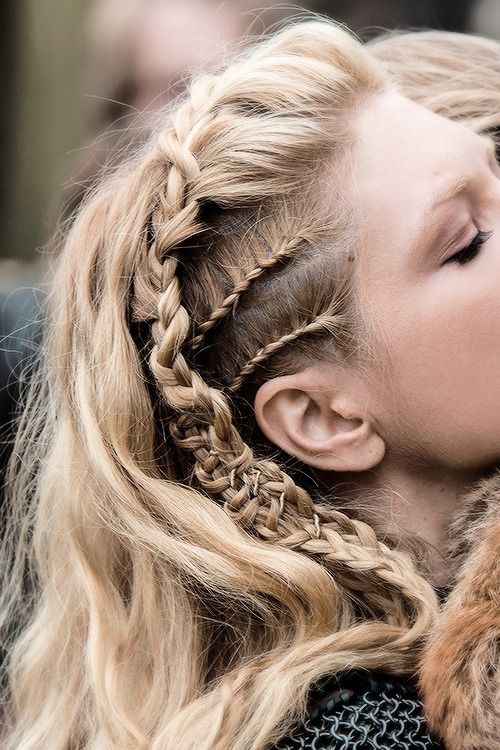 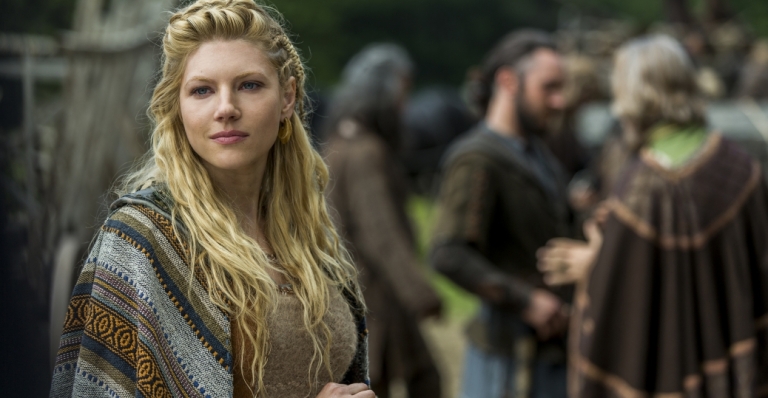 Scandinavia is a beautiful place which is magnified by the shows cinematography. Expect vast lands showered with northern lights, scenic sunrises, and serene folds of water. You’ll also be whisked off to Anglo-Saxon England and experience the magic of Paris. Vikings will be sure to make you want to book a holiday to somewhere cold and beautiful!

I find the ideology of the Vikings super interesting. Their way of life was completely surrounded around the fact that they think the Gods have entire control around their choices and fates. It’s a major cop out to have mid argument “well soz but it’s what the Gods wanted” but it makes for huge entertainment as we see these people throw around their lives effortlessly unafraid of death, in their journey to Valhalla. They also have a village “seer” which is basically a fortune teller but also basically a “coming soon on Vikings” teller. By dropping hints of the future, the audience can figure out future plot development which is minuscule spoiler heaven for people like me who simply cannot wait to see what’ll happen next.

It’s not often that a TV show will only have one writer, yet vikings makes an excellent exception. Michael Hirst, the executive writer of the show, solely goes on to create seamlessly perfect scripts time after time. After his successful stunt on HBO with Tudors (2007), and his six time academy nominated Elizabeth (1998) it’s no surprise that his third period adventure is a huge hit. The west-yorkshire (whey!) born writer creates scenes that can break your heart and that can make you feel sick. There’s no middle ground with “North men” but that’s exactly what will keep you watching the show. I don’t want to give any spoilers to the actual plot but trust me, there’s some absolutely astounding writing in this show.

Even though Vikings is an easier watch than GOT, there are still plenty of subplots that cover every thinkable conflict that a human may experience. From marital relationships to father and son, father and daughter, mother and son, siblings, best friends, enemies, hierarchy and so on and so on. It covers everything on the emotion spectrum in a detailed but timely manner which means you’re not sat half way through season two waiting for something interesting to happen. The story is constantly on the move in Vikings and that’s one of my favourite things about it. If anything things move along too quickly! But that’s another essay entirely.

Do me a favour and watch this show, you won’t regret it, and then we will have something to talk about whilst Game of Thrones isn’t on!

[all images courtesy of History Channel]