Last nights GOT  was very much a transitional episode, however certain elements have caused uproar and exasperation as two huge events from the books took to our screens. This left many fans of the novel confused at the direction D&D are taking the show.

The show begins with an epic montage of flashbacks and happenings that Bran sees in his development into the Three Eyed Raven. I loved how dark this sequence was but I can’t help feel that our first look at The Mad King was lost amongst a sea of other action. What we did see of him I loved, especially all the pyromancer and Wildfire shots. I just wish he had a more personal and solitary introduction because it’s something we waited so long to see. Game Of Thrones sequences always have hugely meaningful things hidden within them frame by frame. Here’s everything included in Brans most recent vision:

Just when you think Bran and Meera are well and truly fucked, something remarkable happens. “omg is that? no. wait is it? no its not an elk. hang on are those antlers? OH MY GOD ITS COLDHANDS OOOOOHHHHH MY GODDDD ITS BENJEN FUCKING STARK” is what exactly went through my brain at this moment. So just incase you’ve been living under a Game Of Thrones shell – George R.R. Martin has officially confirmed in the past that Coldhands WAS NOT Benjen Stark. D&D get into the office on a monday, laugh at this, then phone actor Joseph Mawle and say “alright mate, your playing Coldhands.” (not a factual story.) What on earth! I’ve always always assumed he would turn out to be Coldhands, but this is a huge reminder that at this point in the show, we need to learn to separate things from what we know in the books. Now what will be interesting is Brans next move. Where will Benjen take them? As a deserter can he risk going back to the wall? Why hasn’t he been already? How cold really is he? 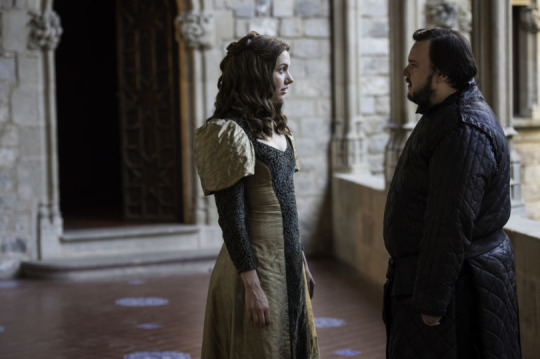 Gillys general sass and attitude need to cool it. It’s one thing to be proud of your humble beginnings but it’s another to know when not to tell people that you’re the product of Crasters inbred factory. In the end, it obviously worked out for the best that she told them, but on the ship I hate how she comes across so precious when she’s in a lot better position than most of the other women in Westeros. As ever, it was wonderful to see a new location and one as grand as Horn Hill. The storyline that follows is a time old classic as Sam is tormented by his father whilst we all sit back thinking everything that Gilly said long before she said it. The time spent with these characters was maybe a tad too long considering the episode didn’t have any Tyrion or Jon Snow action, but I did enjoy seeing Sam stand up for himself and his family title. Oh yeah, and now he has a sword of Valyrian steel. He best kill a lot of Wights with it in the battle that is surely heading our way soon!

Ugh. Margery. Please tell me you’re playing a game. I really don’t want to have to go down the whole propaganda brain wash route because it instantly ruins a character. Margery was only ever interesting because of her love for power and the throne, if that’s took away, she is just going to be perceived as another weak female. I still hold onto the hope that it’s part of a bigger plan and the only reason I think it could be a possibility is this; Last week, Margery was her normal self. Gusty, clever and in control. This week, she is the complete opposite. The High Sparrow has said something to her in that small time to make her behave like this, we never actually saw the moment that she “turned.” Surely if she had had a huge epiphany, we would have seen that play out on screen, however it is something thats happened offscreen that’s changed her. Similarly, Tommen was his usual self before speaking to Margery, cut to a presumed hours later and he’s also been “”””brainwashed”””” I think that Margery may have potentially brought him into her bigger plan…whatever that may be. 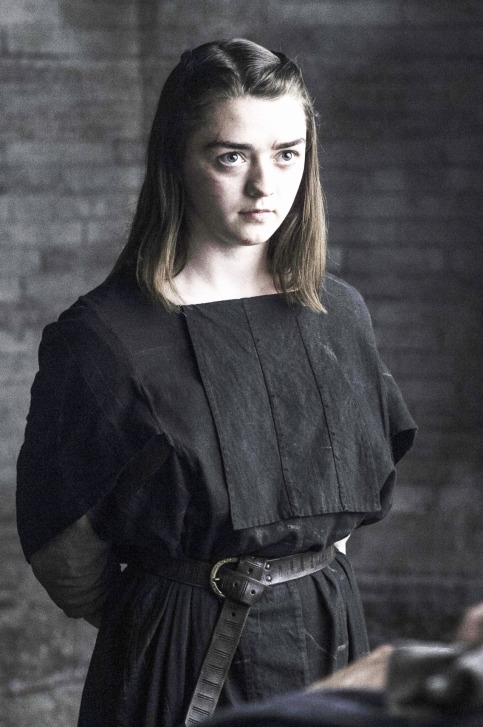 Back in Braavos, more amatueur dramatic drama. We soon learn that the playhouse is a game of thrones in itself. The actress playing Sansa wants the role of Cersei, who happens to be played by one of the nicest people we’ve met in Braavos. Arya is forced to make the decision of whether to kill her not and the obvious choice would be to do it. I mean, she’s been beaten and begged and literally turned blind in an attempt to become an assassin for the Many Faced God. She’s killed many innocent people before, so why not this woman too? Which is only going to benefit your life and get you back home? But Arya, as stubborn as ever, decides against the will of the Many Faced God and creates a catastrophe. The Waif literally knocks me sick and I hope Arya manages to destroy her in combat next week. All in all, there was a massive improvement to the fluidity of Aryas storyline this episode with excellent dialogue and an intriguing music score.

I’m sorry. Did Jaime Lannister ride a horse up stone steps? Thank you directors, thankyou. Despite the valour shown here, it was a slight anti-climax to have no sparrows slain. The fact that Jaime is now on route to Riverrun, and the Freys are back on screen, could mean a definite Lady Stoneheart arrival. It was also good to see Edmure Tully who has been MIA at the twins since the red wedding. Jaime’s story is going to get a lot more action filled and personally I prefer his “on the road” scenes more than his Kings Landing scenes.

From Ice to Fire. Daenerys has finally located Drogon and it’s about time! How incredible are the details drawn into the dragon?! HBO showing why “it’s not TV.” Isn’t it also a miracle that Daenerys can control Drogon now? With the khalasar on her side for the first time in 6 seasons, it SHOULD be a smooth road to the shores of Westeros but she still has enemies across the Essos land and she also needs a thousand ships. Where’s Euron Greyjoy? 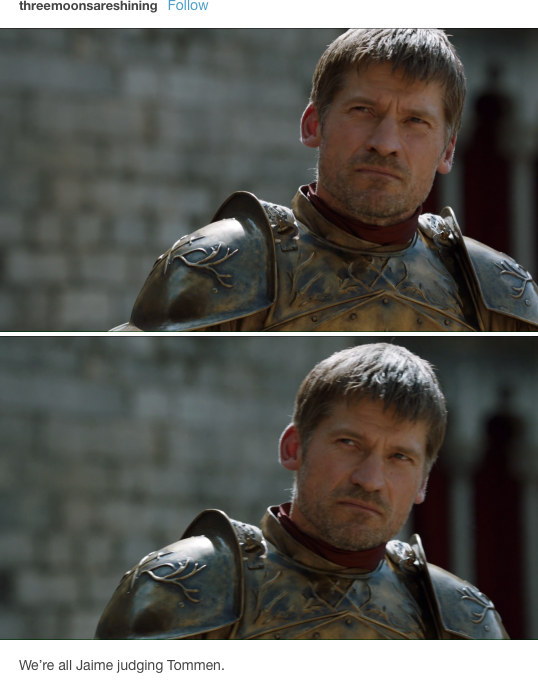