‘The Sons Of The Harpy’ brought us the action season 5 has lacked thus far. With an exciting sand dune fight and a total bloodbath what more could we want from a Game Of Thrones episode. The plot so far hasn’t moved along as quickly as expected with most focus being on the reintroduction of characters. Let’s take a look at the most important parts of tonight’s episode:
Stannis had a very touching scene with his daughter. The first bit of emotion we have seen from him. He is always described as hard as stone with a face that doesn’t give or show his feelings. He has a loveless marriage and doesn’t care for much else apart from his claim to the throne. Tonight he showed another side to him as well as shedding some light on his daughters Grey Scale birthmark. The story behind it showed that Stannis DOES care for his daughter despite her deformity and gender. It was also nice to see Lady Melisandre remind Queen Selsye that her daughters exterior means nothing when her blood runs with the firey blood of ‘the chosen one.’ In previous scenes I have found Stannis’s scenes somewhat tiresome and draining but this season he’s showing a lot more of who he is. This moment tonight with his daughter only added to the depth of his character which was desperately needed.

The biggest WTF moment for me was of course Jon Snow and Melisandre. After her asking him in a previous episode whether he was a Virgin or not it wasn’t totally surprising that there might be some form of sexual connotation behind her question. So there I am already freaking out about their little heated moment when she turns around and drops him that line. Yes you know the one. I had to pause the episode and regather myself before watching any further. Despite already being aware of her magic nature, it still leaves me with a tonne of questions. Has she saw visions of Jon and Ygritte in the past in her fires? Can she speak to the dead? Can she penetrate Jons thoughts? Is she going to try draw him south with the possibility of him being able to contact Ygritte through herself? After Jon leaves Ygritte in the book, his mind often wonders to all the things he should have said to her. Will the chance of him rectifying this draw him South to Winterfell? (I hope so.)

Tommens role is completely comical. He is the King of The Seven Kingdoms. This small boy who is filled with innocence and naivety. He is totally different from all the other characters who are in the race for the throne, yet HE is the one who technically and lawfully (well we know this isn’t true)  holds all the power. We are starting to see him develop as a character a bit more in this season however it’s still apparent that he is completely clueless. Stuck in a battle between his wife and his mother he is slowly starting to become his own. Despite his Lannister blood I did actually feel pretty sorry for him in this episode. As he tried to ascend the steps of the Sept, he was hit with numerous chants of “abomination” and “spawn of the devil”  which were references to his incestuous origins. He does actually seem like a pretty nice guy though so it made me quite sad. I just hope he starts to grow some balls and take control of his situation because I’m guessing he’s not going to be sat on that throne for very long.

In this episode we endured ANOTHER weird Baelish and Sansa moment. I actually don’t blame her though, she’s had a pretty fucked up few years when it comes to men so i’m not surprised by her inclination to the man who “saved” her. After being engaged to Joffrey and his crossbow, sexually harassed by the hound during the battle of blackwater, nearly gang raped during a riot and then married to Tyrion I don’t suppose she would be entirely together when it comes to potential suitors. There was one particular moment that stood out to me and if you weren’t paying attention then you would have missed it. During Baelishs’ account of the tourney in which Rhaegar approached Lyanna Stark, he faintly adds that he placed some flowers on her lap. Not just any flowers though, he whispers that they were a winter shade of blue. Remember a few seasons back when Daenerys entered the house of the undying in Qarth? Well in one of her visions she saw a wall of ice with a lone blue flower growing in it. Coincidence? Hmm. We shall see. We all know which wall it was she saw and what this could potentially mean. I don’t want to think too much about this though because the possibilities are enough to drive me insane! 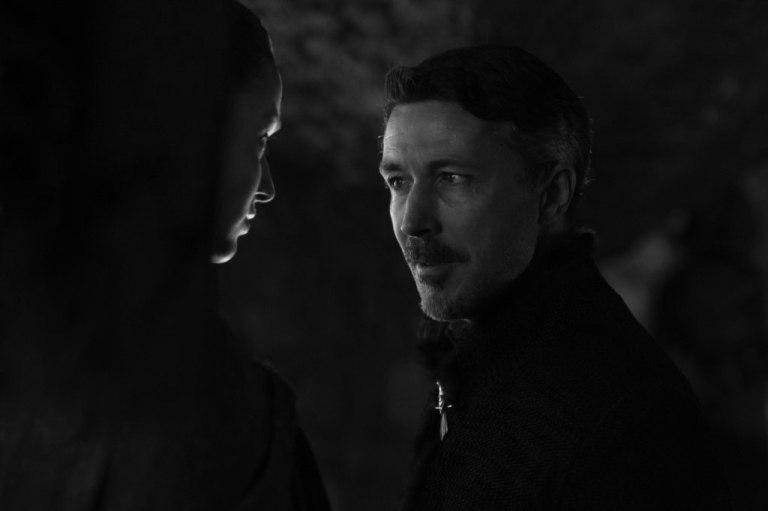 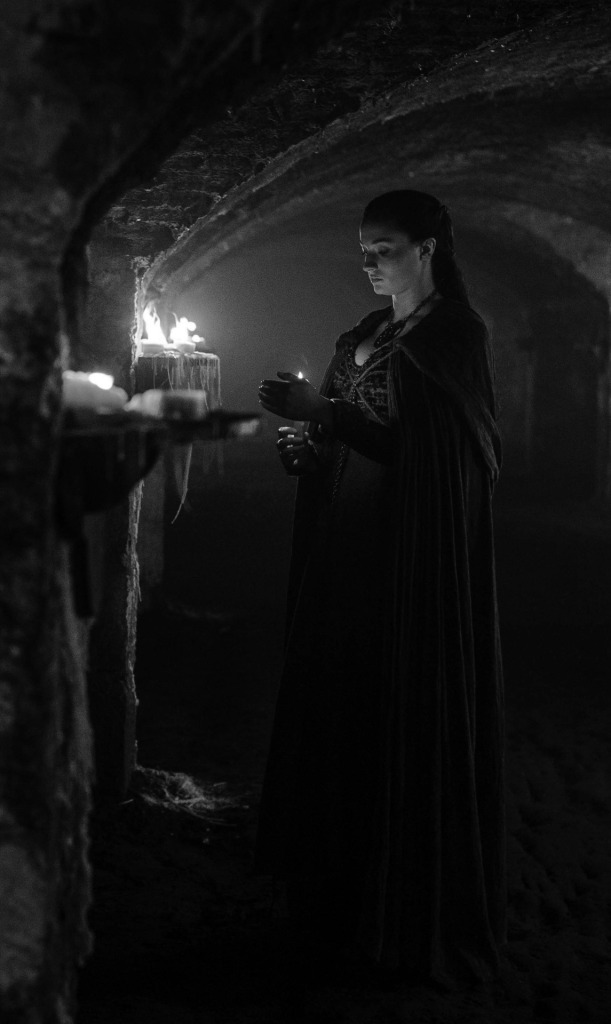 I LOVED THE CINEMATOGRAPHY DURING THE DORNE SCENES. Like it was seriously so impressive. The shots that are so simple but so important into bringing you into the world they are in. In particular when Jaime and Bronn arrive onto the shore of Dorne and we see them through the reeds. The colour of the sky and scenery is so damn perfect and that’s why I love this show so much! They must have had to spend several night shoots perfecting the timing of that what 10 second moment, purely to ensure the continuity of the sky and sea were right. It’s things like that that make the show what it is. Another shot a few minutes later where Bronn kicks the sand over the fire to put it out. This show captures not only the huge moments but also the small, which makes a fantasy world feel completely real. That fighting scene was EVERYTHING. Hopefully the start of an exciting and action packed voyage for the both of them. On a side note did anyone else feel a tug on the heart at this moment?:

Okay so this has been a very wordy blog post but I just have a few last points. It was great seeing the new characters in Dorne. I look forward to seeing this small female army hopefully dominate their own ruler in an attempt to avenge their beloved Prince Oberyn. They seem like highly skilled warriors and I’m excited to see a different kind of fighting opposed to steel on steel.

The blood bath to end all blood baths. Okay it wasn’t so bad as far as the Red Weddings concerned but STILL what a pointless attack. By pointless I mean everyone died so I just cannot be on their wavelength and attempt to understand the reasoning behind the Sons of The Harpy. I’m pretty gutted that I think we have seen the last of Ser Barristan The Bold. In the books he is depicted as a one of a kind fighter. A Legend. Lethal with a sword, and I feel like this is one of the first times we’ve got see him in all of his glory which is a shame. Poor Greyworm too my little hun. I literally HATE these masked men they are so horribly scary. I hate the way that they bend forward and the way they hold their knives. They hold them with means to attack and not defend which makes them even creepier because they clearly have no regards to their own lives. I know the unsullied aren’t meant to either but they have a bigger purpose in defending their Queen and aren’t just casual weirdos. I can only imagine the wrath Daenerys will unleash next week!