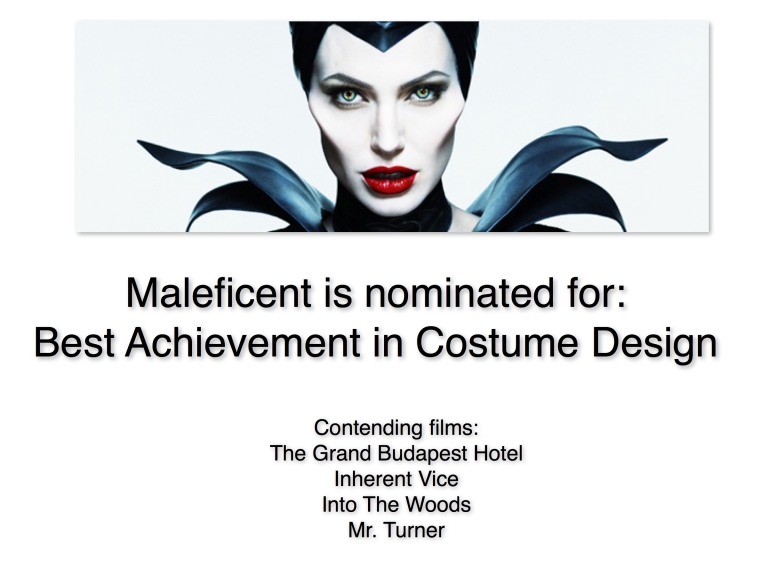 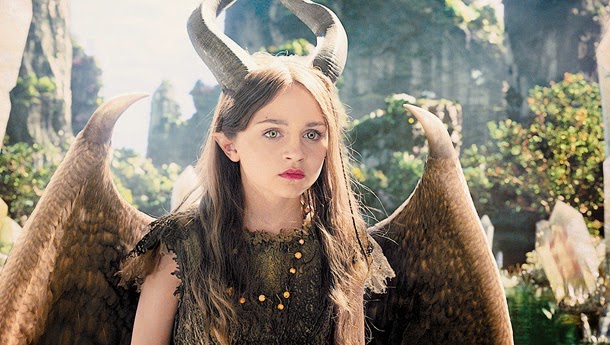 I didn’t have high hopes when I sat down ready to watch Maleficent. All of its Disney Classic remake predecessors had disappointed me thus far however Maleficent was created with such beauty and preciseness that the film was far more enjoyable than I had anticipated and I absolutely loved it by the final credits. The film follows the classic tale that we all know so familiarly, except in this version, we are told the tale from the perspective of Maleficent. From the first 10 minutes we realise that the cold wicked witch we are supposed to loath is actually loved, humorous and beautiful. I found myself quickly becoming attached to the character despite all of my natural instincts telling me she was the bad guy. But alas! She was not! Maleficent is very much the victim of this story and after a hugely traumatic moment where she is robbed of her wings in the most vicious of ways, you will find your allegiance firmly stood with her. The scene in which I am describing is so harrowing (especially for a PG) and Ange really pulls it out of the bag with this one. Her devastation and anguish is translated so impeccably that her scream haunted me for several days.

– The story is told from Maleficents own perspective, therefore it truly is Sleeping Beauty in another light. This improves the story by a mile by adding depth to all of the “villainous” characters

– There is good and bad in everybody. Maleficent, The Fairy Godmothers, The Humans. Each are shown in equally good and bad lights which really helps to give these other worldy figures a human touch in that nobody is all good or all bad. An excellent message to set for youngsters.

– The finale fight scene is pretty bad-ass for a kids movie. Jolie performed all of her own stunts and flight scenes. She looks awesome throughout.

– Angelinas unbelievable makeup. Can we talk about THOSE PROSTHETICS. Like her cheekbones need enhancing anyway! But srsly can someone hook me up with some cheekbone prosthetics as I wish my face to be as chiselled and pointed as Maleficents. Serious contour goals. I’m not kidding.

– Juno Temple as a fairy godmother was fabulous. As for Imelda Staunton – she did such a good job of playing Professor Umbridge in the Harry Potter films that I simply cannot enjoy her in anything else.

– The fact that Auroras true love kiss came from Maleficent. She don’t need no mayyyyn.

– The insignificance of the prince. He didn’t really do anything however this did increase the focus on Maleficent & Auroras relationship so I shan’t complain too much.

– Elle Fanning is far too happy in her circumstance. Girl needs a bit of sass.

– Young Aurora is played by Angelina Jolies daughter Vivienne Jolie-Pitt. Angelina said that Vivienne was the only child on set who didn’t quiver at the intense makeup and costume that Angelina wore. The scenes between the two are so natural and beautiful as their real life mother/daughter relationship transfers onto screen.

– All of the cast were chosen based on their physical likeness to the original Disney cartoon characters.

– Angelina tried out a variation of evil laughs at home and let her children decide which one she should use when filming. Furthermore, her characters speech and accent was inspired by the actor Eleanor Audley who voiced Maleficent in the Disney original.

To celebrate this film in all of its glory I’ve decided to spend the day wearing my much loved MAC Maleficent Lipstick from the Venomous Villains collection . It is slowly devastating me that it’s nearly run out and discontinued! The real makeup struggle. 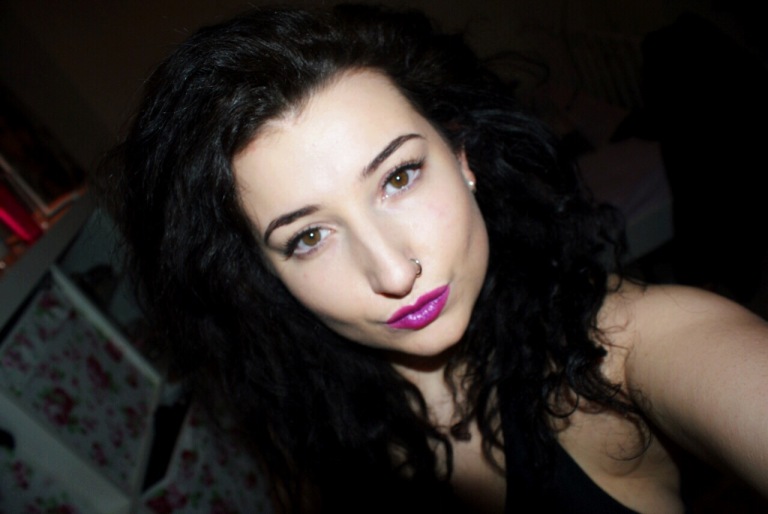 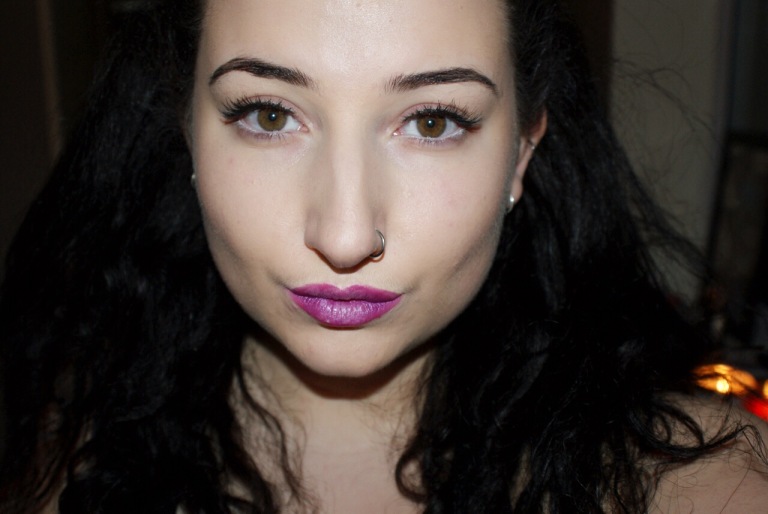 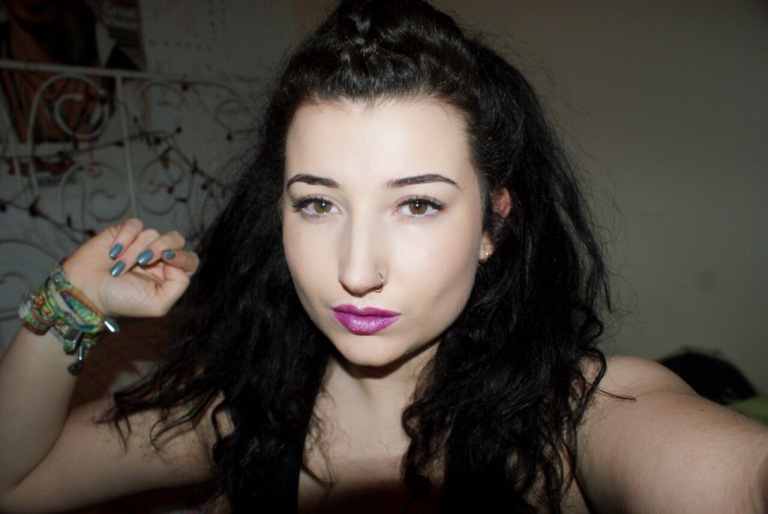 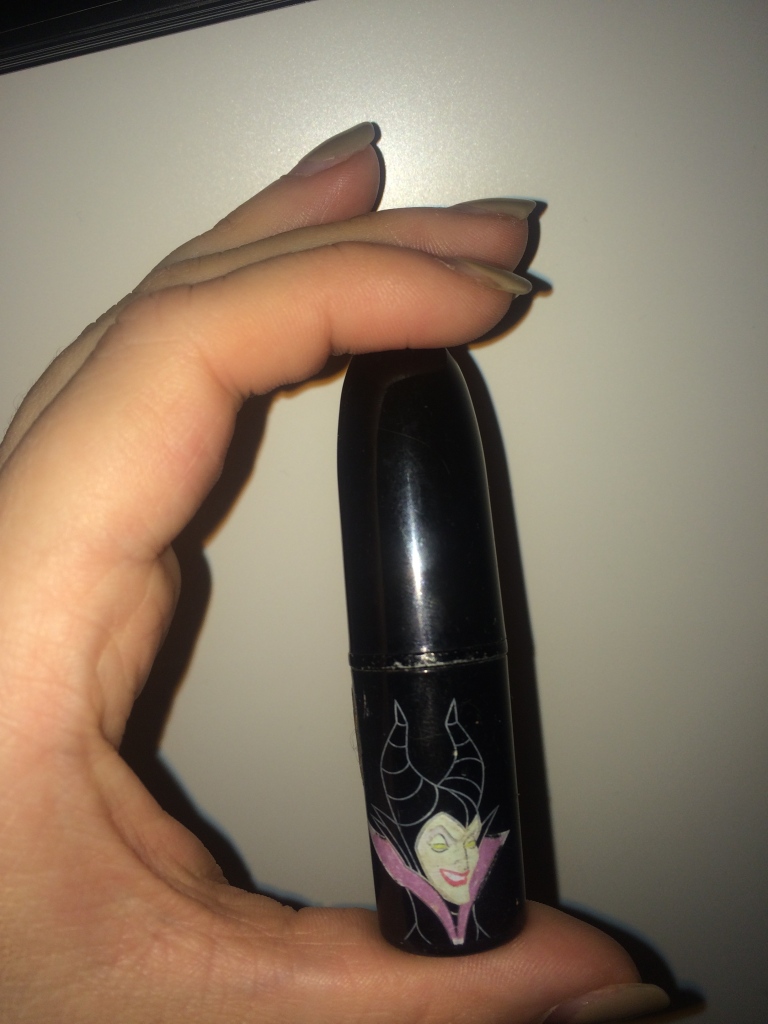